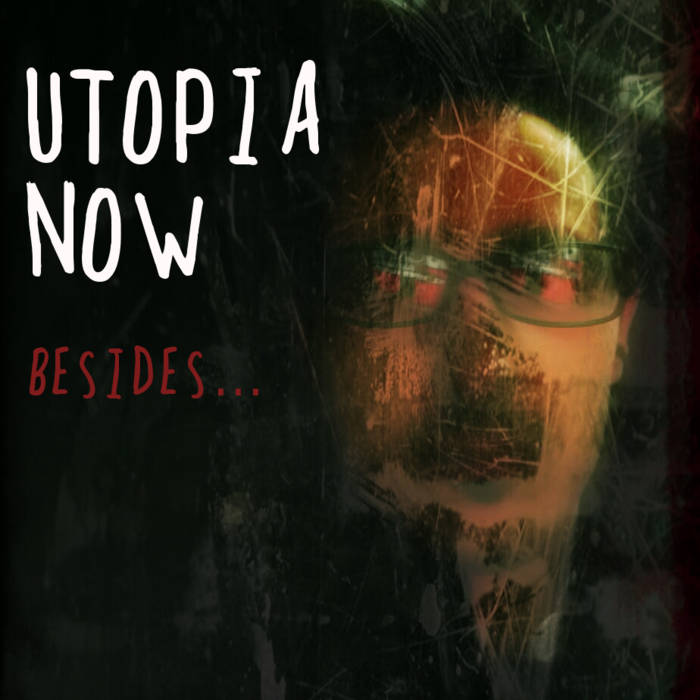 "Besides" is a collection of previously unreleased songs that never quite made it past the demo stage and were, for one reason or another, dropped by the bands I had written them for. Most of these songs were written and recorded at least 8 years ago, some are even older.

With the exception of the drums, all these recordings are the original recordings made at the time, so much of the guitar work is somewhat sloppy, and the singing isn't as good as it could be. I redid all the drums and polished the production. After all, an album absolutely needs a good (drum)sound. Much more work than I had anticipated went into this album, so I hope you derive some enjoyment from it. The songs are undoubtedly somewhat different at times. That might be why they were dropped back then. Then again, they partially provide a different Utopia Now sound mostly unheard of so far.

All music and lyrics written, performed, and recorded by Stephan Serowy unless stated otherwise.

"The end" written by Jonny Strachan (music and lyrics).

Utopia Now started out in 2006 but had been known under the name Indigo since 2002, sharing the stage with bands such as Lagwagon, Anti Flag, A Wilhelm Scream, No Trigger, Good Clean Fun, Venerea and many more. However, the band was short-lived and split in 2007. Today the band lives on in the form of an online solo project by the band’s founder, singer, and songwriter, Stephan Serowy. ... more

Bandcamp Daily  your guide to the world of Bandcamp

cktrl talks about heartbreak and his new record 'Robyn'